The Governor’s Palace attests to the presence of the Renaissance as the centerpiece of Colonial Williamsburg in Virginia’s Historic Triangle. It is classical in detail and free from the “ornamental eccentricities of the Gothic.”

View photography and architectural drawings of the Governor’s Palace.

The state appropriated £3,000 to finance the building. Henry Cary oversaw the Palace’s construction, and after sixteen years of labor, it was finally completed in 1722. This elaborate residence was suited for the royal governor, who remained the king’s representative in Virginia.

It was the most iconic architectural symbol of British authority on American soil. In total, nine governors resided at the Palace:

Design of The Governor’s Palace

An act drafted for the construction of the Governor’s Palace describes the proposed overall design as “…built of brick, fifty-four foot in length, and forty-eight foot in breadth, from inside to inside two-story-high with convenient cellars underneath, and one vault, sash windows, of sash glass, and a covering of stone slate, and in all other respects the said house be built and finished according to the discretion of the overseer which shall be employed by virtue of this act to take care of the same, under the direction of the Governor and the Council…”

The exterior of the Governor’s Palace did not follow precedence to any Virginia architecture, and it is best described as a “Dutch Palladianism” style.

According to Nancy Schless of the University of Pennsylvania, this style is defined as: “Orderly, symmetrical and regular…essentially a reconciliation between the ideals of classical balance current during the 1550s and 1560s in Italy, and the late Gothic form of the steep-roofed Netherlandish house…emerged by the early 1630s and found its best expression in the secular architecture of The Hague [in Amsterdam].”

The three-story building housed the governor, his family, and some staff.

The interior conveys an elaborate Wren-period design, shrouded with luxurious marble floors and walnut paneling. The grand hallway was stocked with armory, swords, pistols, and Lord Dunmore’s bayoneted muskets hanging on the wall, as if they were weapons ready to defend the palace.

On the second floor, in the great room, there were gilt leather tapestry hangings, gilded with a combination of Baroque and Chinoiserie scenes. Every room is intentionally marvelous, and it spoke of the authority and the wealth of the English Empire. This palace was built “fit for a king” as a statement to impress the entire world.

The Virginia capital was moved from Williamsburg to Richmond, Virginia in 1780. Thomas Jefferson requested the relocation due to security reasons during the American Revolution.

The house served as a hospital for American soldiers during the Battle of Yorktown, but met its demise on December 22, 1781, when a fire destroyed the main building. Some outbuildings survived, but most were demolished during the American Civil War.

Beginning in 1926, through the efforts of Reverend Dr. W.A.R. Goodwin, priest of Bruton Parish Church, and philanthropist John D. Rockefeller Jr., the elaborate and ornate palace was carefully recreated. The following were utilized in the faithful reconstruction of the original buildings:

John D. Rockefeller wrote on the resurrection of Williamsburg, “I was not trying to recreate a lovely city, nor was I interested in a collection of old houses. I was trying to recreate Williamsburg as it stood in the eighteenth century.” As it was not an impossible standard, he was ready for even the harshest critics. Rockefeller added, “No scholar must be able to come to us and say we have made a mistake.”

Explore our gallery below to view photos and architectural drawings of the Governor’s Palace. 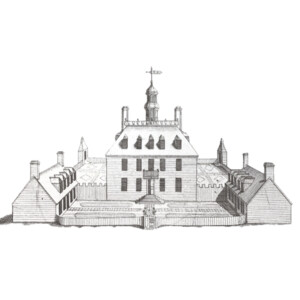 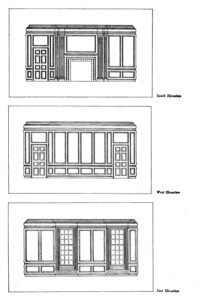 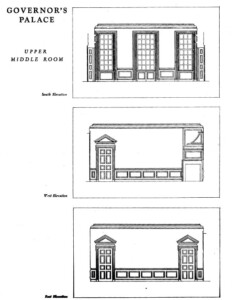 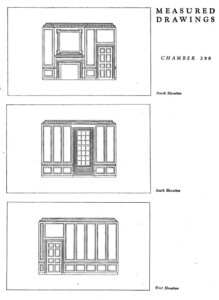 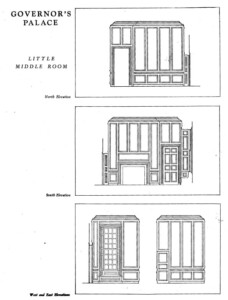 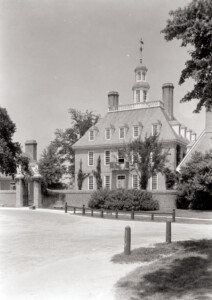 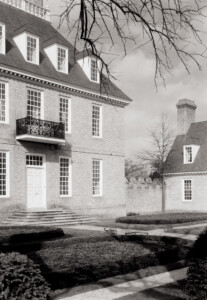 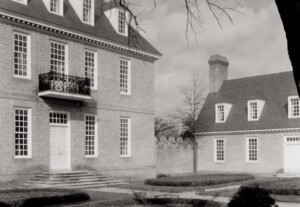 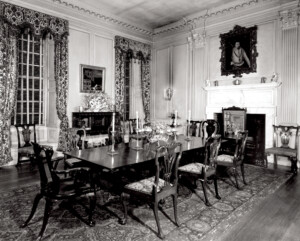