Unlike in New England, villages were few and far between in the Chesapeake Bay region. Perhaps the most distinctive feature of colonial dwellings in the South was their isolation, situated along rivers and creeks amongst forest and cleared fields. This was unlike the communal village setting typical of England or even New England. Roads except near the established towns of the Tidewater were almost nonexistent so transportation was via rivers and the bay. The wealthy gentry took up large tracks of land on major water-ways so they could more easily transport their tobacco and corn to England and have personal access to the water routes. Their brick or timber mansion was located facing the river, overlooking their dock. Surrounding the main house were out-buildings: kitchen, storehouse, smoke house, barn, stable, tobacco sheds and slaves’ quarters. At a distance when approached from the water, the gentry’s complex resembled a small village.

The brick or timber-framed Chesapeake house was usually narrow, only one room deep and covered with a steeply pitched roof. Classical elements such as symmetrical arrangements of openings and modillioned cornices were common features.

Chesapeake Colonial style mouldings are typically simple and efficient in design and incorporate basic shapes of the quirk and bead, fillet, ogee, cove, and ovolo. 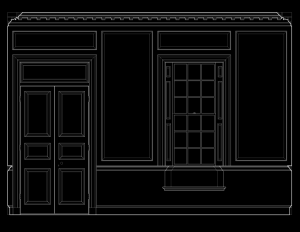 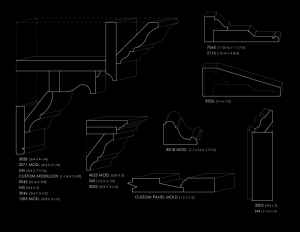 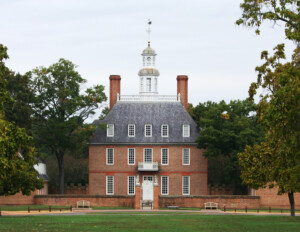 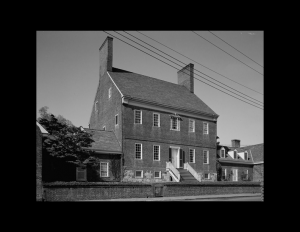 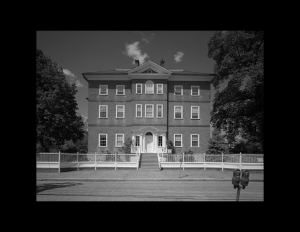 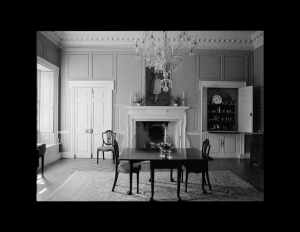 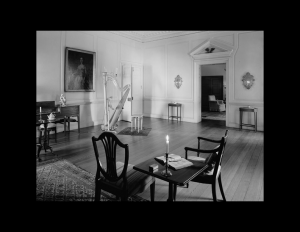