WHAT IS GEORGIAN ARCHITECTURE?

The Georgian style, and its American counterpart the Federal style, defined the architecture of official colonial government buildings and those of the new republic. The Georgian style is derived from the neoclassical and refers to work built during the reigns of George I, II, and III of England. However, its true beginnings were greatly influenced by English architect Sir Christopher Wren in the early 1700s.

Georgian style architecture and design emphasize symmetry. It borrows heavy influence from the classical architecture of Greece and Rome, with adherence to the classic sense of proportion playing an important role.

Other defining characteristics of Georgian architecture include:

HISTORY OF THE GEORGIAN STYLE

Georgian style has a long history in America. It first arrived in the English colonies in the 1700s through popular British building manuals known as “pattern books.” Architectural pattern books became popular by the mid-1700s and cataloged architectural styles and motifs.

The popularity of the pattern book coincides with the popularity of the Georgian era. By the mid-to-late 1700s, large-scale development of homes occurred in both Britain and America. The pattern books of the time espoused the “Georgian ideal”, heavily featuring motifs and design philosophies common to the Renaissance era that would become the core of the Georgian style.

Georgian architecture reached its peak popularity leading into the Revolutionary War before fading out of popularity by the 1830s when it would be replaced by the Greek Revival style.

The interior design of homes during the Georgian period were known for their symmetrical room layout that is anchored around a central hall. Interior details of Georgian-designed homes included assertive, heavy woodwork and carving, with decorative trim used around doorways and windows, especially.

Georgian style mouldings and trim are typically composed using the ogee, fillet, ovolo, bead and quirk, and the other molding profiles of classical architecture. Its proportions and mouldings are grander than the Colonial style and typically include finer details. In the examples shown below, the proportions of the cornice differ depending upon the height of the ceiling and whether or not there is a dado or chair rail in the room.

Unless a room is fully paneled and left unpainted, Georgian style mouldings are typically painted, while the doors are typically stained, and often engineered with exotic tropical hardwood veneers. Frequently, doors might be painted with faux bois – or wood-grained, when the more expensive and authentic product was not available or affordable.

As is the case with many architectural trends, the Georgian style saw a later revival at the turn of the 20th century. Beginning in the early 1900s and lasting until the 1950s, Neo-Georgian architecture became popular, particularly in the United Kingdom. The geometric and proportional facades were most popular among public buildings during this period, with fewer private homes adopting a Neo-Georgian style.

While the true Neo-Georgian style continued only sporadically into the 1960s and later, it can still be seen in a “mock” Georgian style used in suburban commercial housing developments. 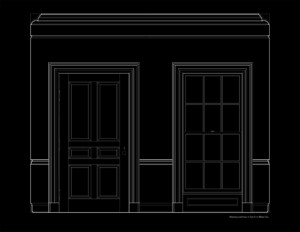 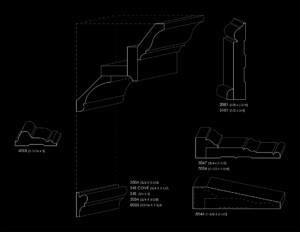 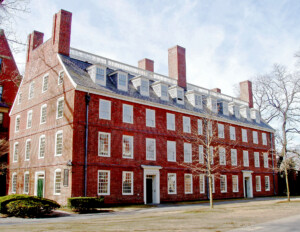 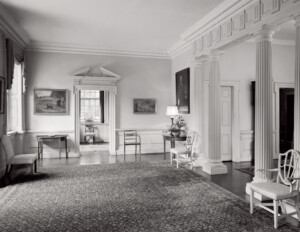 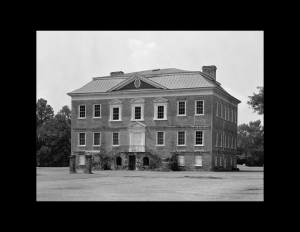 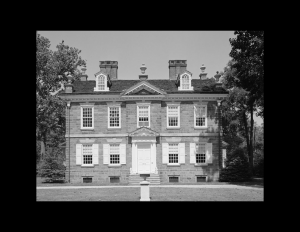 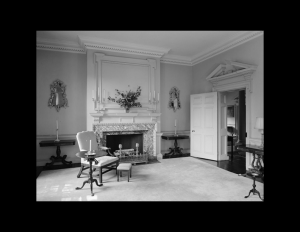 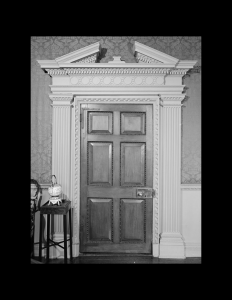