In the late 1820s – 1850, the Western Reserve of Ohio grew out of rough pioneering communities into more prosperous and suitable towns that were well constructed. Today, this region covers the areas of Akron, Canton, Cleveland, Toledo, and Youngstown.

A more austere variation of the Greek Revival style than those built out east, and less dependent on the temple type, the homes in Ohio’s Western Reserve were original and straightforward.

HISTORY OF THE WESTERN RESERVE

Ohio’s Western Reserve was opened to settlement following the signing of treaties with the Native Americans in the late 18th century.

After the War of 1812, the initial settlers were joined in the wilderness by Revolutionary War Veterans and others moving from crowded Connecticut, New England and Upstate New York. By 1820, many of the towns, villages and cities we know today had been founded.

At this time, the architecture was still fairly primitive and included predominantly earthen and stone shelters and small log cabins. As farming, hard work and trade increased prosperity, architecture of the Western Reserve increased in sophistication, evolving from the simpler forms of the Georgian and Federal styles into the Greek Revival and Gothic Revival styles prevalent prior to the mid-19th century and the Civil War.

Architects of Ohio, such as Jonathan Goldsmith, were masters in Greek artistry. They employed a conservative approach to the  Greek architectural style.

Homes were built with quality materials and in excellent proportion, with evenly spaced windows radiating plenty of light. Architects of Ohio had talent ranking alongside the greatest in New England.

From small dwellings to grand farmhouses on vast plains, Ohio had a rich architectural landscape. Moldings were flat and simple but very intricately designed, delivering overall dignity and strength. An example of such outstanding design was the Joseph Swift house of Vermillion. This home embodied the formal and symmetrical beauty of Greek Revival style with a four-column Ionic porch. 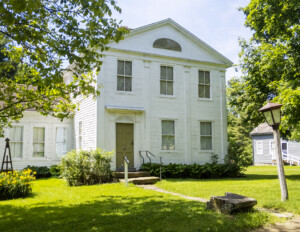 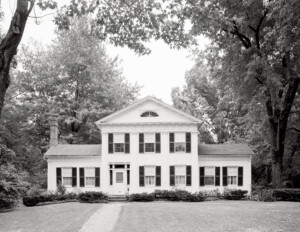 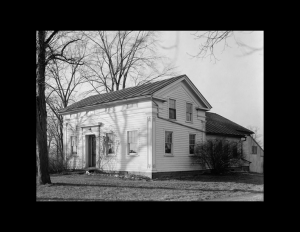 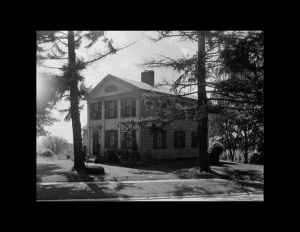 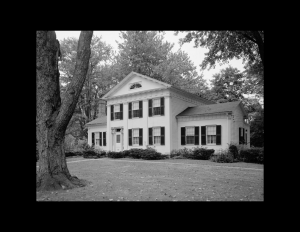 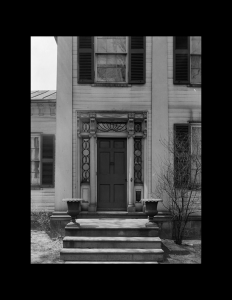