WHAT IS CAPE COD ARCHITECTURAL STYLE?

The Cape Cod style is a distinctly American style of architecture that dates back to the early European settlers who made their homes along the New England coastline in the late 17th century. Traditional Cape Cod houses are simple structures designed to withstand the stormy, stark weather of Northeastern coastal life.

Cape Cod style homes can be found from Cape Ann in Maine, along the coast in Massachusetts and Rhode Island, on Nantucket and Martha’s Vineyard, in Connecticut, the Hamptons of Long Island and on the Jersey shore.

Historic Cape Cod style homes were often austere. Typically, they are low and broad, usually of one and one half stories. They feature simple, flat designs, clean lines, and a rectangular shape. The earliest examples closely followed the English hall-and-parlor cottage style, and rarely had more than two rooms. However, both historic and more recent Cape Cod homes can vary widely in design.

Modern, Cape Cod revival style homes are both more abundant and relatively more ornate. The modern full Cape Cod features a symmetrical rectangular floor plan, with exterior cladding, traditionally oak or another wood, an entry door flanked by double windows on each side, and a large central chimney.

The shipbuilders responsible for constructing Cape Cod houses would spend the long winter months shaping the mouldings for their homes. They would often apply their expert woodworking skills in elaborate paneling and moulding schemes. Cape Cod mouldings were almost always painted white and were composed of the traditional shapes of the quirk and bead, ogee, cove, and ovolo.

Built by Puritan settlers from England, the original Cape Cod homes were simple and pragmatic. They were built from materials at hand and were designed to withstand the harsh coastal weather of the American Northeast. Adhering closely to the English hall-and-parlor style, they featured two rooms and little in the way of ornamentation. Other common features of the Cape home were a result of necessity rather than an artistic choice.

The style remained unique to New England for many decades. While Reverend Timothy Dwight IV coined the term “Cape Cod House” in the early 1800s, it wasn’t until the 20th century that the Cape Cod style would spread widely throughout the U.S.

After the Second World War, as U.S. soldiers returned home, suburban housing developments grew rapidly. In part influenced by the Colonial Revival, American architect Royal Barry Wills adapted Cape Cod for the modern middle-class. The Cape Cod architecture of the 1950s was designed with modern additions, like garages and expanded bathrooms and kitchens. 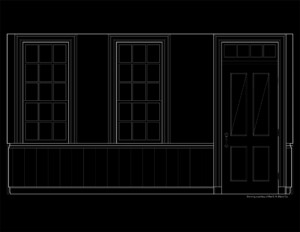 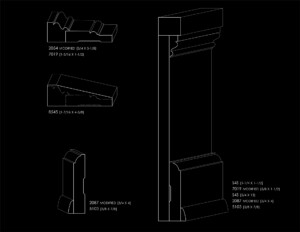 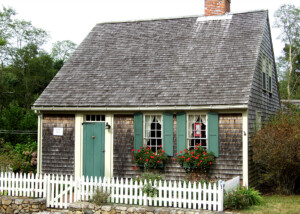 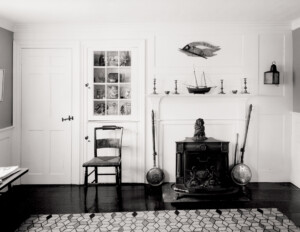 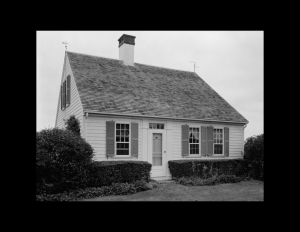 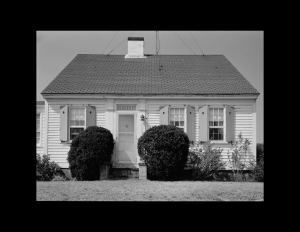 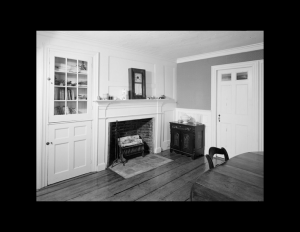 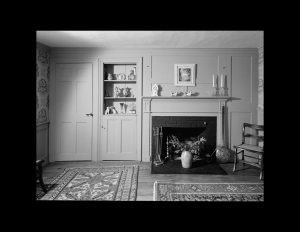